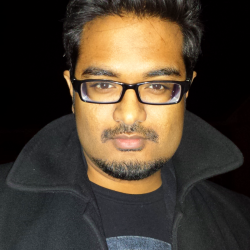 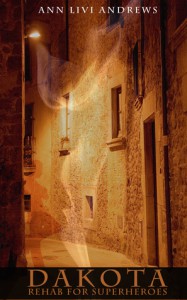 Dakota is the latest offering by Ann Livi Andrews, in the Rehab for Superheroes line of books. With this entry, I'm starting to think this series would do really well as a television show, ala Arrow or Agents of Shield. I would recommend that fans of either show pick up this piece, as they will find lots to love.

I generally don't do much in the way of synopses, so all I'll say is this: Dakota provides one hell of a backstory to the character of the same name. This story starts off in a way that may leave first-time readers of the series a little lost, given the number of characters in play. However, those who have previously read entries will find their way quickly.There were some minor issues with word choice or grammar, but these were forgettable.

The real meat of the story picks up with an intriguing and altogether eerie story set in the early 1940s, at the Crowley Institute ~ a psychiatric hospital that seems like equal parts Arkham Asylum and Hellboy's BPRD. Dakota is forced to participate in a series of creepy resurrection experiments in order to test his limits. The characters in this stage of the story are interesting and the reader is placed in Dakota's shoes as he attempts to navigate this harrowing experience and survive.

Livi's skills as a storyteller offer some indelible imagery, on par with her work in Em and imbues the piece with its own unique flavour. The Crowley scenes were done so well, I was disappointed when they were over as I wanted more in the Institute. I have to say my eyes nearly fell out of my head at the climax of the story and the images conjured were certainly a treat. I loved how Dakota evolved and his powers were described with a visual flair that made me smile.

The story had me hooked at the end and I can't wait for more. If this was on Netflix, I'd be jumping to the next episode. Superhero fans, your series is here.
Tweet 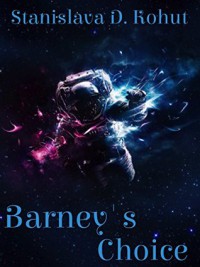 This short by Stanislava Kohut is an interesting little gem. I found myself quite enjoying this little tale, to the point where I was a little disappointed when it was over.

Kohut displays a good author's ability to pull her reader into the story with warm, inviting characters and a good hook. This story would be of interest to sci-fi fans of Apollo 18, Mission to Mars or Instellar.

The piece starts off well and before long I was quickly flipping pages because the build up was enticing. At the turning point, when Barney has his encounter, is where this tale will be divisive to some readers. Kohut makes this story more about the characters than the science and favours the heart over the head. This is not a bad thing, as stories need to revolve around people, however some fans wishing for more hard science may need to look elsewhere.

All in all, I'd say this was an intriguing short and I'd happily pick up anything else this author has to offer.
Tweet 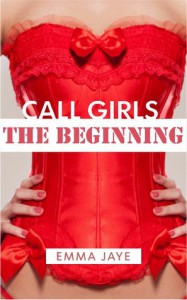 Woah, I have to admit I didn't know what to expect from this series when I picked up the first book by Emma Jaye.

The dichotomy of this tale is really split into two halves. The first half is all storytelling foreplay filled with interesting, likeable characters and enough sexual tension to fill a WB television show for 3 seasons.

There is a drastic change of pace in the second half of the book following a sex scene that reminds you that this book is capital "E" erotica!

While it is unrealistic that the lead character would shift so quickly into the eye-popping scenarios she finds herself in, the scenes are handled with a spicy flair that never loses sight of the characters or their motivations. 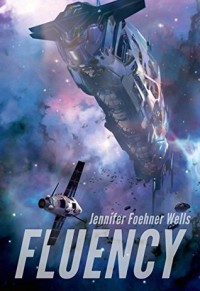 Alright, all done with Fluency by Jennifer Foehner Wells (hereafter referred to as JFW).

Where to start with this one? I think I'll skip the plot synopsis as many others have covered that so well. Note that I will be discussing SPOILERS in this review, so all pearl-clutchers be ready.

Fluency is a interesting case for me, being a life-long sci-fi fan. As I was reading along, I was able to pick up on many instances where cultural sci-fi touchstones have been used which may make this book seem overly familiar to sci-fi fans worth their salt.

That said, does familiarity breed contempt? For some of the reviews I've seen on this book, apparently it does. However, I had to ask myself if the reference and use of these universal science fiction concepts make an original work derivative or if the author is using them to tell a larger story. In this case, JFW is doing the latter.

JFW clearly knows her stuff because there was nothing less than a smorsgasboard (or 'plethora', if you're feeling pretentious) of interesting ideas on display in Fluency, all continually pinballing off each other. I found this kind of exciting, because her narrative allows each idea to interact seamlessly with the ones that came before it.

Major kudos to JFW for the editing and pacing of this tale, as every time I took a break from reading, I couldn't wait to get back to it and see what happened next. The story keeps moving forward, even while developments pile on top of each other. The beginning of the story has a decent mystery to get you interested and the tale of the deserted ship is told well. Overall, I'd say her writing skills are not at issue here. I'd pick up her next book just to see what she has to say.

Now the characters in this drama are a bit of a mixed bag to me, but they are distinct and nicely developed. The background characters served their roles well.

I rather enjoyed the character of Walsh - here stuck in the role of hard-ass commander, but JFW made him an interesting antagonist who was actually quite logical early on. I wanted him to be more involved.

The main character, Jane, I alternately sympathized and disagreed with. She was tough, determined and smart, but also made some questionable decisions on the ship. Her backstory was almost Mary Sue-ish, but JFW kept her in the present which minimized that effect.

The Bergen character, unfortunately didn't hit the mark with me. He seemed rather immature and adolescent in his affections toward Jane, so it grated on me when he pined after her. Their pseudo-love scene was nice and spicy though, with a naughty space-octopus twist;)

As side-note: there is often an outright objection to romantic elements in science-fiction. On the contrary, it can be done properly and with a satisfying payoff. Unfortunately in this case, I feel like JFW and Jane were caught between a rock and a hard place, as the plot doesn't allow for a resolution to that relationship. Almost as if the romance were sacrificed for the scifi. For Fluency and perhaps the rest of the series going forward, this may be the right choice.

This brings me to my favourite character of this novel. Oh lord, what does it say about me that I liked the telepathic space octopus character the best? It says JFW wrote him damned well, that's what it says. This character is complex, interesting, funny, dangerous and innocent all at the same time. Every scene he/she/it/Sir Cthulu was in was golden. He's in it plenty and I still wanted more! Please tell me we see more of Ei'Brai in the rest of the novels...PLEASE.

With regards to the plot, at first I was hesitant when JFW took us to Area 51. While it could be considered a cliche, I was pleasantly surprised when she made that scene very memorable and touching at the same time. I started imagining if that incident would spin off in future novels.

So, to sum up, I would say that you should give this novel a chance. JFW has some good writing chops, the concepts are cool, the story is interesting and the characters are worthwhile. I look forward to seeing what JFW does in the future!

Between the Darkness and the Dawn: A Short Story 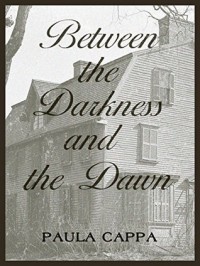 This is a mind-bending tale from a very accomplished author. It takes a healthy dose of historical fiction to go with the supernatural. What appealed to me most was the sense of atmosphere. The author captured the Gothic, Poe~like feeling very well and sprinkles in enough details that the create strong impressions, for example on something as simple as sitting on a bench in the rain.
Recommended for fans of the gothic and supernatural.
Tweet 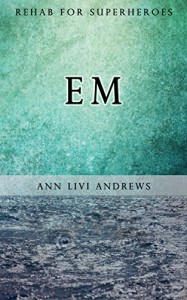 I was quite enchanted by this little tale. The main character comes across as mercurial, tragic, and just a little bit sinister. One thing that leaps out about this tale is the atmosphere. I found myself lost in the moodiness and emotions in this story.

There are several twists which you won't see coming, but are effectively executed and enrich the story. I was struck by the imagery and complete submergence near the end of the tale. The author was to create scenes that will stay with you for a long time. I wouldn't be surprised if this generated some pretty cool fan art. Definitely check this little gem out!
Tweet 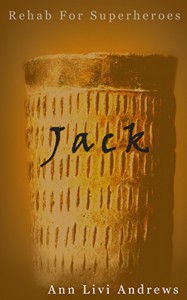 This short story presents an interesting behind the scenes look at the superhero trope. It weaves in layers of drama, romance, angst and humour effortlessly and crafts characters which are intriguing. The aquarium scene with Jack and Quinn for example is both visually and emotionally compelling. Fans of Loki will find much to appreciate in the character of Jesse, an antagonist I'd like to see more of.

Can't wait to see more from these characters and this author. Pick up this short story, you might not be able to put it down!
Tweet